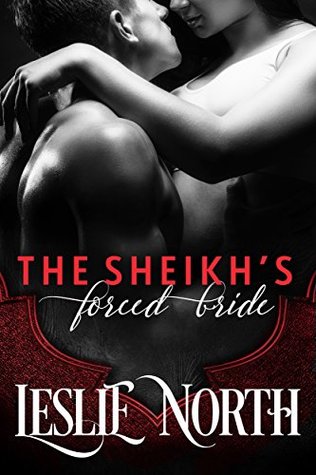 Sultan’s eledest son Sheikh Khalid Al-Qasimi’s playboy ways have finally caught up with him. After creating a scandal during a diplomatic visit to America, Khalid is given a choice by his father—marry or face banishment. Rather than lose his family, Khalid bows to his father’s wishes but an outspoken American interrupts Khalid’s would-be wedding. Now Khalid has a new plan that might please his father, secure his inheritance and leave Khalid still able to go on with his life …he’ll take the beautiful American as his bride—and then his father will hate her so much he’ll beg Khalid not to get married after all.

Journalist Casey Connolly has never been afraid to share her opinions. While researching an article on arranged marriages, she lands in trouble when she crashes a royal wedding to get a quote from the attending American guests.. The sexy groom offers to set her free if she’ll step into the role of his fiancée—just for a short time. Seeing a chance to get the scoop she needs, Casey agrees.

Soon there’s no denying the chemistry they share. But Casey’s boss is pushing her to complete her piece and head back to the States, while Khalid’s father is still pushing for a hasty wedding. Will this pseudo-romance become the real thing or buckle under all the pressure being put on these two?

I picked up this book because of two reasons firstly because I have never read a love story of Sheikhs and secondly because the description sounded too good.

Now jumping straight to my thoughts about this book.

Casey and Khalid’s love story has the common theme of the playboy finally finding his girl. But still the way it was told touched my heart. They both complimented each other. There were many passionate, intense and heartwarming moments and also some in between sheets action.

“Closing his eyes, he let the world fall away until it was just his body joined to hers. Their breaths— rough and uneven— becoming one.”

I quite liked Casey’s character. She is absolutely fearless, strong and spoke her mind. She is not someone who is easily oppressed by anyone. Now coming to Khalid’s character. He was also a likeable character. You people may think that Khalid will be a male chauvinist, but actually he respected women. He was also a good person as he was respected all over Sharjah.

Another thing that I liked about this book was that it also showed a father son relationship apart from a love story.

Lastly I would say that I also loved Sultan’s character. He was not the Sultan image I had in my mind. He seemed tyrannical but he had his reasons for it and by the end of the story they appeared quite justified too. Another point in his favour, he understood Fadiyah, Khalid’s ex fiancée’s desire to marry someone who is not of a comparable class even when her own father was against it.

Overall I would say that I loved this story and would definitely recommend it to all romance lovers.

*I got this book from Netgalley*

Available on Amazon US

One thought on “The Sheikh’s Forced Bride-Book Review”